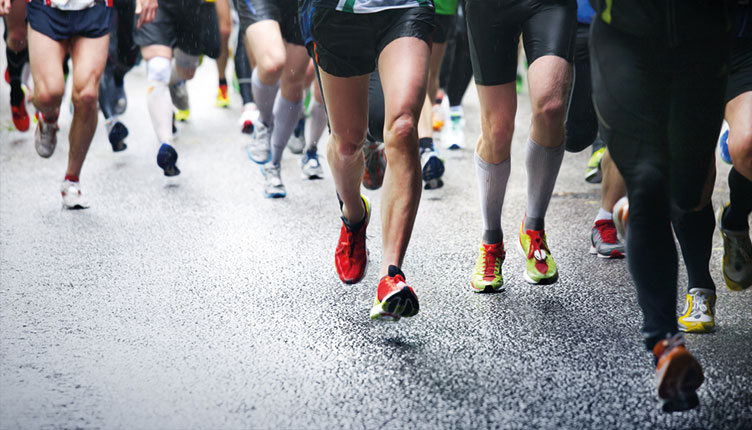 Last year two members of the Thomas Interiors team took part in the Windsor Half Marathon, in order to raise money for the Daisy’s Dream Charity.After much thought and deliberation both Nick Currie and Martin Aleksandrov have decided to throw their hat in the ring and start training for this years event, which will be held on Sunday 25th September 2016 at 10:00am. This year there will be a secret weapon joining the guys in the form of our 57 year old, Number 1 Driver, Pas Di Giuseppe.

Pas, who has been training for the last 3 weeks has already clocked up an impressive 10 mile run so early into his training,  is looking forward to joining both Nick and Martin and raising money for a very worthwhile cause.

Last year was a real challenge for both Martin and I. Although we had been told that the course was very challenging and would push us to our limits, until you take part and try the event for yourself, you can never truly realise how difficult it is. Although to begin with I took in all of the beautiful sights of the Great Park and enjoyed the unique atmosphere, by mile number 8,  both Martin and I could feel that we were tiring and were worried that we wouldn’t be able to finish.

Both Martin and I are very keen to improve on last years time of 1 hour 58 minutes and will be setting ourselves a target of  1 hour 45 minutes this year. To aid us in reaching our target time, Martin and I decided to pull our very own inspirational sporting figure out of his self imposed retirement and asked Pas to  join us for a gentle jog around Windsor Great Park. Unfortunately we didn’t realise that he would take his training so seriously and is already putting us both to shame with both the times he is setting for his runs and the distances that he is already covering!

The new and improved Thomas Interiors team cannot wait to take part and are even more determined to raise some money for Daisy’s Dream, which is a charity very close to our hearts.

Established in 1996, Daisy’s Dream is a professional support service which responds to the needs of children and families affected by life threatening illness or bereavement. Daisy’s dream is a local charity that work across Berkshire and the surrounding areas.

Should you wish to sponsor the team and support them in raising money for this very worthwhile cause you can donate to their Just Giving page.